Our beloved boss passed away and he will be greatly missed. We are thankful for his life and for sharing his wisdom with us so we can continue the business that he created that has served so many. RIP Doug, we love you. 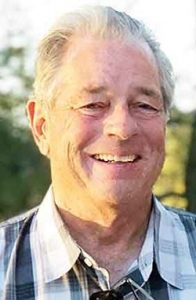 The legendary Douglas Raymond Farnik, age 70, passed away Friday, Aug. 10, 2018, from a severe heart attack at his home in Joshua Tree.

He was raised on a farm 8 miles north of a small rural town, Hingham, population 150.

He loved animals: cows, pigs, chickens, his horse Sye and especially dogs. He helped his dad on the wheat farm from an early age, learning to operate all kinds of equipment. His mother, Dorothy, started him playing the keyboards at age 9, going 100 miles one way to Great Falls once a week for lessons. Doug played organ at Inverness Supper Club with his mother on Saturday nights when he was a teenager. He continued to perform and played almost every weekend and New Year’s Eve until recent years.

He graduated high school from Hingham High in 1966. He played basketball, did many science projects and acted in several plays. His high school selected Doug to go to Montana Boys State. American Legion Boys State is among the most respected and selective educational programs of government instruction for high school students.

He attended the College of Great Falls and the University of Montana in Missoula to pursue his pharmacy degree while playing music at country clubs and bars, making many lifelong friends. In Missoula, the band OPUS 3 was formed. In 1969, the OPUS 3 moved to the LA area to join a show band called The Rising Generation, which toured the United States and Canada and appeared with Tennessee Ernie Ford and Red Skelton. The Rising Generation did a USO tour during the Vietnam War where he played in Guam, the Philippines, Korea and Japan.

In 1972, he began his career in the appliance/central air, construction business, which he has been currently running for over 45 years. In 1983, he married the love of his life, JoNell, while living in Whittier. In 1990, they moved to Joshua Tree, and continued to live in both cities for 28 years.

He enjoyed cooking, reading, gardening, entertaining, traveling, mentoring, solving problems, building houses and listening to jazz music and was a private pilot. His travels and cruises took him all over the world and he especially enjoyed the Czech Republic’s food and beer; that was where his grandfather immigrated from. Most of all, Doug enjoyed spending time with his family and friends, especially the grandchildren.

He was preceded in death by his mother and father, brother Eddy and his favorite dog, Togo.

In lieu of flowers, donations can be made in honor of Doug to his daughter’s nonprofit: animalactionleague.us or P.O. Box 1413, Joshua Tree, CA 92252.

What to Expect With Commercial HVAC Installs

Getting a new commercial HVAC system installed in your building or facility is no small job. The sheer size of the building and the amount of work the system has to do are vastly different than the requirements of a residential system. And that’s just the start of things.

Installing new commercial HVAC in Long Beach, CA is a job that requires a professional who is fully trained and certified to handle these types of systems. When you have pros, you’ll enjoy peace of mind knowing your new system is installed correctly. Here’s what you should know about getting a new commercial heating and cooling system installed.

END_OF_DOCUMENT_TOKEN_TO_BE_REPLACED

What’s Wrong With Your Ducts?

If you aren’t familiar with the ductwork in your home and what it does, we want to give you a small crash course. The ducts in your house serve as the delivery system for all the temperature-controlled air produced by your duct-based comfort system. When you run your ducted heat pump, central AC, or furnace, the air that these systems create is pumped through the ducts and vents and into the rooms around the house.

As you may have guessed by now, a problem in your ducts means a problem with your comfort.

Ducts can wear down over the years, the same as your home comfort systems can. The difference is that your ducts are out of sight so you can’t assess their condition. Plus, leaks or holes are much harder to find than issues like a broken fan! Here’s what you need to know about duct issues and how to handle them.

END_OF_DOCUMENT_TOKEN_TO_BE_REPLACED

Making sure that your commercial space is in good working order is part of being a business owner. Part of that involves heating your business which can be a costly expenditure. No one wants huge utility bills, but your employees and customers need to be comfortable. Cold employees won’t be happy and their work will suffer. And cold customers or clients will spend as little time as possible in a chilly space.

END_OF_DOCUMENT_TOKEN_TO_BE_REPLACED

3 Ways We Can Help You Breathe Easier At Work

Have you ever walked into a building or facility and felt the air quality change? It’s safe to say these are the kinds of places that you don’t want to stick around in. The problem is, this may describe your commercial space!

Whether you have an office or a storefront that you are managing, you need to do more than consider your temperature control. Keeping up healthy commercial indoor air quality in Whittier, CA is going to be important to your customers, your employees, and you! Read on to find out how our team can help you improve your facility’s air quality.

END_OF_DOCUMENT_TOKEN_TO_BE_REPLACED

One of the worst things that you as a commercial property owner or manager can do is to assume that just any HVAC contractor can handle your commercial HVAC service needs. While many of the fundamentals are the same, it is important to keep in mind the fact that commercial HVAC and IAQ services are not a 1-1 comparison with residential services.

When you work with our team, you ensure that you are working with commercial heating, air conditioning, and indoor air quality technicians that you can count on to get the job done right. We’re adept in the installation, repair, and maintenance of this complicated equipment, and our goal is always your 100% satisfaction. Let us handle your services for commercial HVAC in Whittier, CA.

END_OF_DOCUMENT_TOKEN_TO_BE_REPLACED

Time to Get Your Heater Serviced

Cooler weather comes late and leaves early here in Southern California. It’s one of the reasons life in our part of the world is so lovely–short, mild winters are much easier to handle than the deep freezes and blizzards back east.

But heating systems are still a necessary part of life here, especially at night when temperatures can drop below freezing. With temperatures steadily dropping, now is the time to make sure your heating system is ready to go for the winter.

The best way to do this is to schedule a maintenance tune-up with a trained technician. Doing so can not only help you get a jump on repairs but can also save you money on a number of other costs as well. Here’s how it works.

END_OF_DOCUMENT_TOKEN_TO_BE_REPLACED

The Importance and Potential Hazards of Your Furnace Heat Exchanger

When we talk about gas furnaces, it can sound like we’re saying that they are dangerous. This is not the gas–gas-powered heating systems are not inherently dangerous. However, when they’re not properly cared for, certain components within them can become dangerous. In particular, the heat exchanger.

In a gas-powered furnace, the heat exchanger is where combustion gasses collect in order to heat the air. And if these gases are allowed to escape through a damaged heat exchanger, your household could be exposed to harmful fumes, like carbon monoxide.

Read on to learn more, and please don’t hesitate to contact us if you suspect you need furnace repair.

END_OF_DOCUMENT_TOKEN_TO_BE_REPLACED

“When Should I Replace My Air Conditioner?”

If you don’t keep up on HVAC industry news–and most homeowners don’t–you’ve likely missed a pretty big update.

As of January 1, 2023, lower SEER (Seasonal Energy Efficiency Ratio) AC systems will begin to be phased out in favor of more efficient, and more expensive, air conditioning systems. This update is called the M 1 SEER2 update, and it will result in price increases for installation, and likely to result in further equipment shortages too.

So, how does this answer the question posed in our blog title? When should you replace your air conditioner?

If you’ve already been considering it, then the answer is… now. Of course, if you have a newer air conditioner, then replacing now might not make much sense. But if your air conditioner has any of the following symptoms, it’s time to give us a call!

END_OF_DOCUMENT_TOKEN_TO_BE_REPLACED

Air conditioning systems help you enjoy a higher quality of life. You may not realize how much support they provide until they start to malfunction or lose efficiency. It may start with small signs of trouble that are easy to ignore but don’t fall for that mistake. Waiting can lead to complete system failure and may shorten the overall lifespan of your AC system.

The first step is to understand the most common signs that it’s time for AC repair. Let’s discuss those signs right now.

END_OF_DOCUMENT_TOKEN_TO_BE_REPLACED

How to Improve Indoor Air Quality

There are a variety of factors that can impact the comfort and health of your home. Indoor air quality is a very big one. Did you know that without the right products and services, your indoor air quality can actually be worse than the quality of the air outside?

Fortunately, there are steps you can take to mitigate this, and some of these steps don’t require you to buy any special equipment. Read on to learn more!